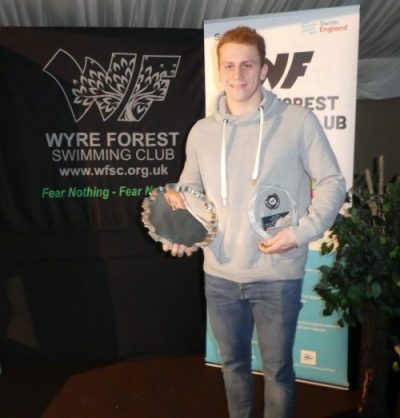 This January saw Wyre Forest Swimming Club (WFSC) hold their Annual Ball where the Swimmers were presented with trophies and medals won in WFSC Club Championships held mainly over a weekend in July 2019. There were many achievements to celebrate for the swimmers aged 8 years and under and upwards to celebrate across all the competitive squads in the club.  This year saw a new award the “Swimmers’ Swimmers Award” which was voted for by the swimmers themselves and congratulations went to 9 year old Fleur Higgs because she always has a smile on her face, a friend to all, determined, hardworking and has a great attitude.

For another swimmer who has been a member of Wyre Forest for eight years and has represented Worcester County at inter county and three county relays in previous years, there were two Special Awards.  Sam Osborne has had a fantastic season balancing both swimming and his final year of A Level’s was awarded the Founders Prize 2019 by the Chairman of Worcester County Swimming Association, Malcolm Ross.

Sam Osborne was also presented a Special Achievement Award from WFSC in recognition of his continued support by swimming for the club at many league galas resulting in the club rising to the Arena Premier Division in 2018.

Sam has excellent behaviours around the pool and is a positive role model to all the younger swimmers, recently giving a motivational talk about his experiences this year to members of Wyre Forest.

During 2018/19, Sam was selection by British Swimming to Train in Tokyo with National Squad (Dec 2018), qualified for the British Championships (April 2019), was selected to represent GB at the Junior Europeans in Russia (July 2019) and won 1 Gold Medal and 1 Silver Medal at British National Summer Championships in Glasgow (July 2019).

Sam was one of four swimmers selected by British Swimming who were given the opportunity to train in Japan and he trained alongside the other GB athletes as part of the Japanese National Team Camp and was also was part of the team who represented GB in Kazan, Russia for the European Junior Championships.

Following his return from Russia, Sam swam at the British National Championships in Glasgow and won a gold in 400 Free and silver in 200 free. 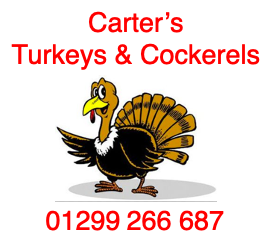